I had recently been procrastinating about an irritating cough that just wouldn’t go away. It started as annoyingly persistent and turned into the sort of deep-in-the-chest cough you would expect to come out of someone like Brian Blessed. To the point that when people heard me cough they actually said “um…Are you okay?”

The thing is, one of the other assistants I work with went to Columbia last year and (unbeknownst to her) contracted dengi. On her return to work she passed out in the chair next to me one afternoon and almost died in the hospital. So … I was very aware that complaining about a cough that wouldn’t go away would sort of make me look like a gigantic sissy in comparison.

It wasn’t until waking up one morning covered in sweat with a stabbing pain in my lung that I knew it was time to admit defeat and go to the sodding doctors.

I don’t like going to the doctors. I hate it. I have to book time off work, go sit in a germ infested waiting room with (usually) at least one screaming baby only to then sit in front of a doctor who always seems suspicious regarding why I’m there. As if I’m regularly shaking him down for narcotics like a belipsticked Pablo Escobar. And unless I’m convulsing on the floor or I have a bone perforating my skin at a right angle I’m invariably given a pat on the head and sent on my merry way.

Which (long story short) is basically why I put this off until now.

I was secretly hoping my chest issue would go away on its own. I started taking beechams, lemsip, olbas bubble baths (life saver), breathing in olbas dropped onto some muslin cloth, I even smeared it on the soles on my feet (because apparently that helps), I drank green tea, took cough medicine… But no dice.

It turns out – After seeing the doctor, taking a high dose of antibiotics three times a day (that I ended up being allergic to), swapping to a different sort of antibiotics, getting blood taken and having an X-ray of my chest… I have goddamn pneumonia.

And now I have…

Obviously, I have been confined to bed for the past couple of weeks. During one of my more bleary and feverish moments Mr Maybe brought me some lemsip in bed and I (in my addled, feverish state) actually said “Thank you Daddy”

This is not a gross ‘new age’ pet name for my boyfriend. In keeping with my life thus far, I call my father “Daddy” – so this moment was cringey and weird for the both of us.

Now, I could have lied to make the moment less awkward (considering it was slightly awkward already, with me laying there in a sheet of sweat and no makeup on while hacking up a lung)… But I was honestly too mortified

In typical British fashion we haven’t spoken of this incident again, but there is still a definite elephant in the room.

So. Moral of the story? Don’t procrastinate about your health, people.

Also, it turns out pneumonia is still a thing

In love with these mice lamps 🐭 #weird #decore #unusual
My first @sofarlondon experience - not bad! Not bad! #londongig 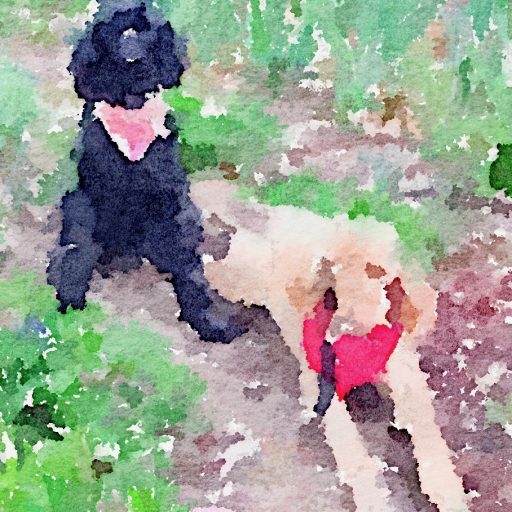 Adventures of a pet therapist Knucklehead and his Ninja sister

I want to be rich. Rich in love, rich in health, rich in laughter, rich in adventure and rich in knowledge. You?